A lesson in the deployment of irony

Dear British Guy on Linkedin who took great pains to use moi (that's French) as an example that Americans don't get irony - you are wrong. Most Americans understand irony. 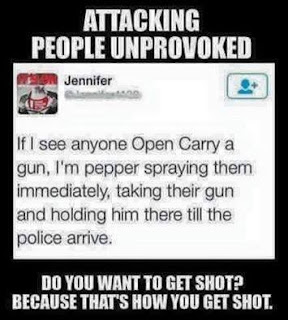 They just don't understand the kind like you were trying so hard for in your Linkedin post that basically turned you into a serious poster trying to be funny but who got his feelings hurt when nobody else got the joke and you took it out on the lone little American girl because you didn't want to say anything to your British friends about missing your joke. By the way, that's just passive aggressive, but we won't get into that today because the lesson today is about irony.

Look, dude, don't feel bad. Some of my jokes fall flat, too. It happens to everybody. At least you are trying. Brownie points there for ya. But I do so want to be helpful to my cousins across the pond, so please see this example of irony. It is in the form of a meme.

Memes occur in the ether where a person takes something that is posted, such as this tweet; adds commentary to make a much stronger point which, of course, is what being ironic is all about; then turns it into a picture that gets shared. This particular meme is especially good because it involves three types of irony, all of which you missed by a mile in your post:

Let's see if you can identify where these three types are included in this most excellent example of irony.

Jennifer is like most of the P.C. crowd who d0 not understand irony. Jennifer is also an Anti-Gun Nut. We know these things for the following reasons:

One: For protection in her Wild West scenario, Jennifer carries a very powerful pepper spray and wears the shield of Righteous Indignation, both of which are stronger than bullets. Much like James Garner did in this classic movie where with rocks and a rope he completely cured the gun problem, Jennifer will save America from its open-carry self.

Two: Jennifer is a one-woman vigilante who will identify and disarm anyone open carrying. For you, a non-American person, open carry means others can see another is carrying a gun in public. I shall allow you to look up vigilante as all self-respecting British folk have dictionaries, surely.

Because the setup must happen before irony itself comes to be, have you spotted any potential setup for irony? Keep looking and let's continue.

Jennifer will make her approach and disable them with pepper spray. This means she must, at some point, be in front of them in order to deploy her P.C. approved weapon of choice.
Now, Jennifer probably does not know how to use stealth in that approach. In fact, as she is sipping her latte and spying the weapon, her expression will change to one of utter loathing, and her mouth will be heard to say something along the lines of "Oh. My. GOD!" She will point. Her girlfriend will say loudly, "WHUT?" and then will squeal "OHMAHGAW!" All this to say that the person open carrying will see her coming.

But Jennifer believes she is invincible, see. Like all P.C. Dominatrices, she believes in giving pain to those who deserve it, and she knows beyond a shadow of a doubt that the person will thank her for helping them see the light. You know, come on baby, make it hurt so good, remember?

Leaving a trail of girly-girl detritus across the table, she will dig through her purse in a frantic fashion searching for her spray. She will hand her smart phone to her friend and ask her to film it for her, but her friend will not be able to find the video app quickly because her hands are shaking and she has just lost her ability to form a coherent plan of action because she saw a gun.

Okay. So. Now here we are at the showdown. Jennifer sprays! Open Carry Person claws at eyes leaving open Jennifer's approach to the gun so that -- here comes some good irony, British Dude -- Jennifer can grab the gun and point it at the open carry dude while the popo are coming. (Popo is a fond American colloquial expression for police, much like bobbies and plodders are for you.)

Obviously, as this meme points out, she's the one going to get hurt first and worst. But let's just say for the purpose of carrying out irony to its fullest potential that she is successful in her attempt and the above showdown happens just like she believes it will. Now Jennifer -- Oh. My. GOD! -- is the one open carrying.

Not only that, open carrying and pointing the weapon at a person in the now-empty coffee shop. Somebody who did not see the entire thing go down because they were working on their master's thesis and their head was stuck in the computer, runs out and calls the popo and says, and I quote because this is what they would say, "There's a crazy white bitch pointing a gun at a guy trying to buy coffee! What's my name? Uuuuuuhhhh...Charlotte? I mean, Charlie. Yeah, Charlie."

So the popo are going to show up and who do you think they're going to be pointing their guns at? See? Never subtle when used powerfully, but sarcastic, paradoxical, and dramatic. And that, British sir, is how one deploys irony.


Glad to be of service. Say hello to the cousins for me.
Posted by Kim at 9:30 AM

Popular Posts of the Week