Trump is heading into the seventh inning with a third attempt to run an effective presidential campaign.  Cue up Kellyanne Conway and Stephen Bannon. Conway is reported to be an excellent pollster with little campaign experience. She has been elevated from senior adviser status to campaign manager and will join forces with Trump's VP pick Governor Mike Pence. Bannon, currently the head honcho of Breitbart News, has been tapped to be the campaign's CEO.

Donald explains his selection as follows: 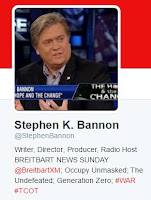 “I have known Steve and Kellyanne both for many years. They are extremely capable, highly qualified people who love to win and know how to win,”  . . .  “I believe we’re adding some of the best talents in politics, with the experience and expertise needed to defeat Hillary Clinton in November and continue to share my message and vision to Make America Great Again. I am committed to doing whatever it takes to win this election, and ultimately become President because our country cannot afford four more years of the failed Obama-Clinton policies which have endangered our financial and physical security.”

Inquiring and, at this point, desperate minds are wondering: could the third time be the charm or final strikeout? 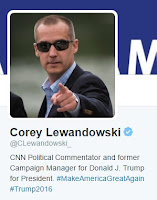 First Corey Lewandowski called the shots as head of the Trump campaign. He let Trump be Trump and it appeared to work during the primary season. However, as a novice campaign manager and questionable clashes with reporters and protesters, many in Trump's trusted inner circle became fed up with the bullish and overbearing style of Lewandowski and respectfully demanded change.

Corey went down with a smile and cheerfully moved on to CNN as a political commentator and Trump surrogate.  His departure from the campaign made way for Paul Manafort. Strike #1.

Manafort, being the seasoned campaign manager, appeared to be the logical choice to lead Donald to victory.  Promising a different candidate, one on message and more appealing to the general electorate, Manafort took the lead in June. Two months later and after a dismal dip in the general election polls, 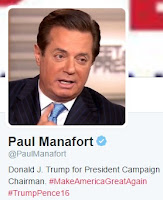 Paul Manafort, the campaign chairman, will retain his title. But the staffing change, hammered out on Sunday and set to be formally announced Wednesday morning, was seen by some as a demotion for Mr. Manafort.

This campaign shakeup should be the final attempt to right a sinking ship. If not . . . Strike #3 and get used to saying Madam President.

The lingering question is what, exactly, will Conway and Bannon bring to the campaign? Knowing Kellyanne and Stephen well, Ben Shapiro has some ideas - click here to review.

Last night, I said Trump gave his best speech. It's true.
This morning, I said he hired one of the worst people I know. Also true.
— Ben Shapiro (@benshapiro) August 17, 2016

Popular Posts of the Week